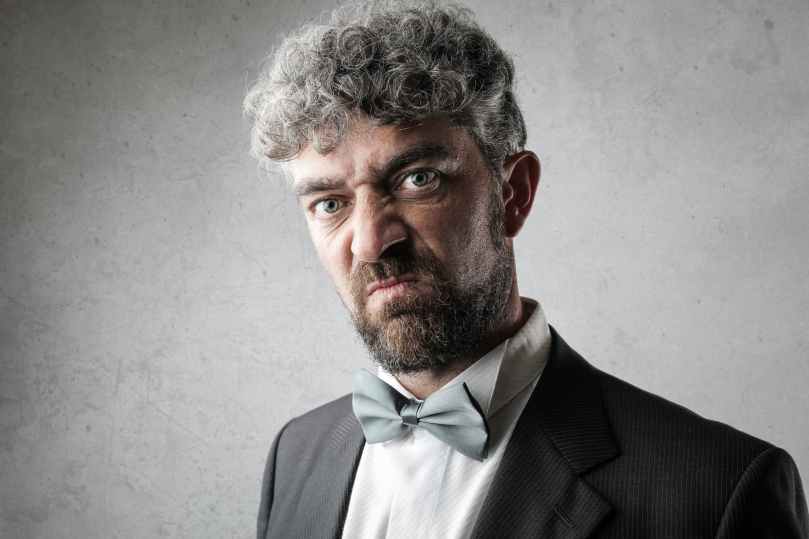 I’m going to talk to you about what I believe are the two most unattractive things, or traits, that you as a man can have. You may disagree, and that’s fine, but these were the two that I have had at one point in my life or another that contributed the most to my lack of success with women.

However, I don’t believe that this first thing is actually the most important one of the two. I’m saving the worst for last.

Buckle up and let’s begin…

For most of my life, I was overweight. Not obese or morbidly obese, but definitely a good 20 pounds on average overweight. At my heaviest, I topped out at 180 pounds. Not too bad you may think, except that I’m 5’4. That’s a lot for a short guy.

In 2015, I lost 60 pounds just by cleaning up my diet. I got tired of eating junk and I was sick and tired of being sick and tired. I didn’t go to the gym and I didn’t get more physically active than I already was. 60 pounds. And I wasn’t even trying. Weightloss wasn’t my goal, I just wanted to eat differently and try new things. I went from 180 pounds down to 124 pounds in under six months. People noticed. People asked questions. People thought I was ill. The truth was, I had never felt better in my life.

By losing weight and then changing my wardrobe to clothing that actually fit me instead of hanging off of me, I started looking good. That’s part my own opinion because I liked what I saw in the mirror, and also the opinion of women because they now noticed me and began talking to me. They too, appreciated what they saw.

Let’s move on to the worst of the “traits” now…

I’m going to give my own definition of bitterness. Bitterness is anger coupled with a sense of unfairness and injustice, topped off with a sense of hopelessness. It’s the idea that life isn’t fair and you got screwed over, but there’s nothing you can do about it except be angry about it.

Life isn’t fair. You don’t have to like it, hell, I don’t. But you need to deal with it and get over it. Bitterness is the biggest woman repellent that you can have in your arsenal.

Here’s an example from my own life. Not only was bitterness there, but creepiness too.

Instead of looking at what I had said and done though, I turned it on her. She was a bitch and a cunt. She wasn’t a “good girl.” She wasn’t a “quality woman.” And then I got angry. And I stewed on it and amplified it. And it grew. And soon it permeated my every interaction with women. It was in my behaviors and my words. I oozed it from my pores. And women could literally smell it on me. And like any downward spiral, it got worse and worse with every interaction, every encounter that I had.

I remember when I was around 24 and I was bitching about women to a friend of mine and a woman overheard me. She came up and said, “Wow, you are bitter for someone your age.”

I remember it stopping me in my tracks. Was I the problem here? Yeah I was.

It took me a long time to get over my bitterness. It took several years actually. I was able to meet women occasionally, but I couldn’t keep them around for long. My bitterness would turn them away.

Like I said earlier, life is unfair. Life sometimes sucks, plain and simple. But life and women don’t owe you anything. If you are bitter you need to look in the mirror. Why are you bitter? Your woman cheated on you? She divorce you and take your kids and half the stuff? I get it. You have every right to be angry about it, but it isn’t going to make your life better and your interactions with women, if you choose to interact with them aren’t going to get any better either.

That sense of life as unfair is because you have fantasies in your head about how the world “ought” to be. How women “ought” to be. When they don’t turn out that way, you get angry. I get it. But you aren’t helping yourself with it.

I don’t have a “5 Step Plan” to beating bitterness. It’s going to be different for every guy. But you have to beat it. For me I realized that life doesn’t care what I think and neither does anyone else. Instead of getting angry about that I let it go. I let go of my fantasies of how the world ought to be and how women ought to be and accepted both for what they are. I don’t always like it, but I accept it.

When I did that, that sense of hopelessness, that despair, that anger, it all went away. My bitterness disappeared. And women started showing up. They were excited to meet me and be around me. They were excited and happy to be with me. I didn’t take them, life, or myself so seriously. Then things got interesting. Life got interesting. Women became fun. Life became fun.

When I said that women can smell bitterness on you, I’m not kidding. I know it too when I encounter it in someone else. I can literally smell it. It’s definitely a “vibe” or “energy” that you give off in your words, your mannerisms and your behaviors. If I can pick up on it, you better believe that women will pick up on it in a heartbeat and they’ll go running as fast and as far from you as possible. I believe it is the ultimate “chick repellent.”

You can be bald, short, and even to a degree, overweight and women will still show up for you. Ask me how I know. But if you are bitter, being tall, good looking, fit, and all the other things that you think matter, won’t matter. Once she gets a whiff of your bitterness, she’s gone. Again, ask me how I know.

For you literal types out there:

These are the big two though. Deal with them and the other things will be much easier.

2 thoughts on “The Two Most Unattractive Things About You”