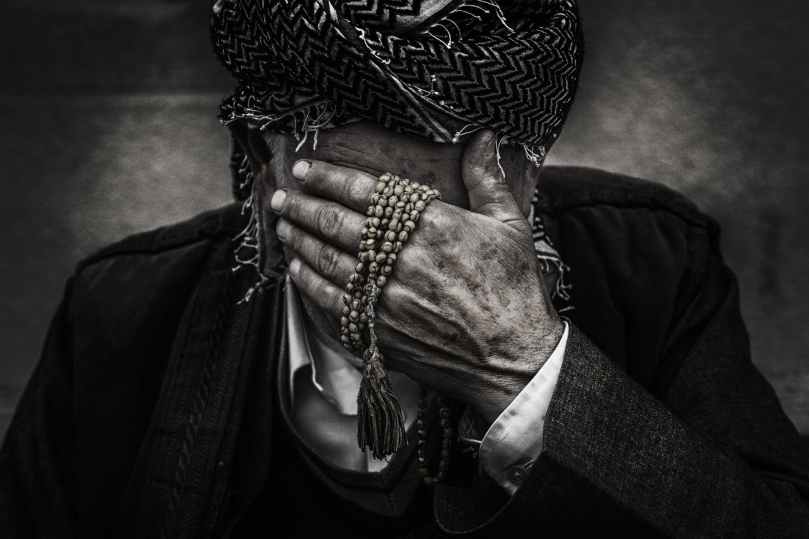 When I was younger, as in elementary through my high school days, I didn’t have much if any, shame in being a young man. Sure, there were a handful of women primarily, that were taking up the chant, “men are pigs,” and “all you think about and all you want is sex,” but for the most part, it was a small minority of people doing the shame tactics that are so prevalent in today’s world.

Once I entered college, all of that began to change. It wasn’t something that hit you like a tidal wave, it was slow, creeping, and insidious. Little things that showed up gradually. Think of a frog sitting in a pot of water that is slowly boiling. By the time the frog figures it out, it’s too late. Same for me. By the time I figured it out, it was too late. I was already feeling shame and guilt for having natural desires and for being a man. All I knew was that I felt bad for being a Man, but I didn’t necessarily know why. Maybe I was just “inherently evil.” Maybe I was a piece of shit because I was actually a piece of shit.

The how’s and why’s of this taking place aren’t that important to me anymore, it’s the knowledge that it happened and it’s still happening to both me and other Men that’s more important to me now.

Waking up every day and hating yourself for being alive and being a Man takes a toll on you. Apologizing for your own existence and for breathing the same air that a woman next to you is breathing is a special form of hell for the Man who is living in that world.

I don’t know when or the date that things really changed for me, I wish I did. I wish I did so that I could tell what the catalyst, or the “straw that broke the camel’s back” was for me. I don’t have that answer though, and honestly I don’t believe that it is all that important. All I know is that I got tired and angry with apologizing for my own existence and I got sick and tired of being sick and tired and so I gave it up.

I stopped apologizing, and in the beginning I was throwing “it back at them.” Yes, I’m a Man. Yes, I’m in “your space.” Yes, I’m breathing your air. Yes, I want to bang you. Fucking deal with it. After a while though, even that got old and tiresome. Carrying a chip on your shoulder and having an axe to grind is almost as bad as being the apologetic one. So I gave that up as well.

That’s when things got really interesting for me. When you don’t really give a fuck, anything is possible, and I’m not exaggerating. Part of me wants to shout that from the rooftops and maybe that’s what this is by me writing it down, and part of me doesn’t care if you read or understand this.

Fellow Men can lovingly insult me all they want and it doesn’t get a rise out of me at all anymore. Sure I know that they don’t really mean it when they do insult me, and even if they really did mean it, I don’t care. It’s easier to not give a fuck unless it is in my face and I have to deal with it, and when it is, I’ll deal with it, one way or another. Until then, fuck it, it doesn’t matter. It’s damn near impossible to insult or shame a Man who doesn’t give a fuck and is with no shame.

Some of my fellow Men jokingly say, “You can’t insult Rob, because he has no shame.” It’s true. I really have no shame these days. I do what I want because that’s what I want to do and I don’t care if they come along or not. I don’t care if they “like” it or not. I did the guilt and shame thing for so many years and got nothing from it other than misery and more guilt and shame, I figured I might as well do what I want, enjoy myself while I’m doing it, and see what happens.

When I decided to “lower my standards,” another world opened up to me. I’ve been able to meet all sorts of people that I wouldn’t have met before. Sure, many of these people I wouldn’t keep in my life for the long haul, but I don’t have a problem having them around for the short run. It’s made my life and my world much more colorful and interesting for me. By “lowering my standards,” I’ve had experiences that I would have never had, and none of those experiences have been “bad.” I’ve not regretted any of these experiences to date, not a single one. If anything, they’ve made me ask myself, “what else is possible here? What else can I do?”

I guess I’m trying to push the envelope of what I can do and who will show up in my life for me. Every one of those experiences and every one of those people have been positive and have taught me something about myself and about life in general so far. One of the things I’ve learned is that life is messy and chaotic at times. It goes in directions that you can’t always anticipate or control, but you can control how you deal with it and how you want to feel about it.

You can get angry about the way things are, because they aren’t going the way that you want them to go, the way that they should be. Or you can accept it and adapt to it and come out “better” for it. Ultimately it’s up to you.

The biggest challenge that I’m having these days is not that I’m angry or feeling shame, because I’m not experiencing any of those things anymore. The biggest problem for me now is having the “ambition” to write about it. I’m just happy to be doing what I do and having the experiences that I’m having with the people that I’m meeting. I’m almost to the point that I would rather sit down with you and smoke a cigar, look at women for what they are, enjoy seeing them for what they are, and telling a few off-color jokes. Also I would rather sit down, drink a beer with you, and look at a fire burning or the ocean churning, depending on what location you and I are at.

Don’t worry though, I’ll still keep writing and doing my videos. I’ll still keep running my mouth in multiple forms and on multiple platforms because I enjoy doing that, it’s definitely one of my pleasures, and not a guilty one.

And that’s because I have no shame.