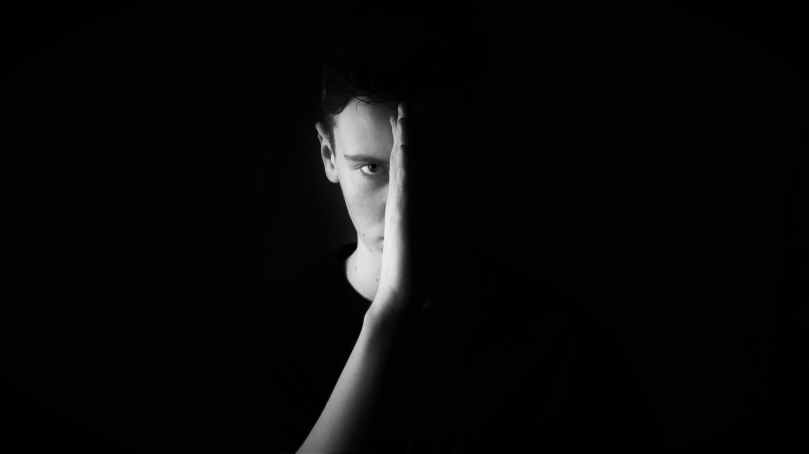 I find it interesting the common themes that show up in our lives. Take stories and movies for example.

I’ve always been drawn to stories that deal with the “duality” of man.

Black Swan. (Have you seen Natalie Portman in this one? She’s still a woman I would like to bang. Oops, got off-track here. Nevermind, move along.)

I’m sure I’ll catch hell from the purists by mentioning God and the Devil, or Good and Evil. Relax guys, I’m talking about themes here, not absolutes and not literals. Take it easy, don’t get yourselves all riled up, it’s all good. As the great and venerable Obi-Wan Kenobi once said, “Move along.” Yes, let’s move along shall we?

Even elements from Star Wars, most notably the idea of the Force has that element of duality in some ways, at least in the original trilogy. Moving on into the Expanded Universe though, we broaden our concepts of the Force. What really turned me on with this one wasn’t the concept that there is a “light” and “dark side” of the Force, just that there is the Force, and it’s all about the intent of the person who “taps” into it. The Force just IS. It’s all about how you as the “user” of the Force that “makes” it “light” or “dark.”

Much like we are as people. For many years, I’ve run around with the “light worker” community. These are the “love and light” crowd that talk about chakras, astrological signs, and seem to have an affinity and an obsession with crystals and rocks. That somehow, someway, this or that rock or crystal can affect your “energy” or your “vibe.” That and smoking pot. Seemed like there was a lot of that going on as well.

I always felt like an outsider with this crowd even though they accepted me with open arms and open hearts. For some reason, I’ve always considered them, for the most part, to be soft. Like lambs. Trusting and even naive. I always felt like a fox in the henhouse with the majority of this crowd. I felt like a lion, lying down with the lambs.

It was kind of funny, but mostly sad to see many of these people worrying about their “frequency,” whether it was “higher” or “lower” than the next person’s. Man these people knew how to beat themselves up about having “baser” desires.

I don’t have a problem with my “baser” desires. I’ve learned to accept them a long time ago. Sure, I felt guilty about some of them for a time, but it had nothing to do with my “frequency.” More it was conditioning and shaming from society at large about what I wanted.

I don’t have a problem with being a Corruptor, as my Mother once called me. It’s just one faucet of many that make up who I am. I’m okay with that. Nothing wrong with it in fact.

Same can be said for sadness. Or envy. Or jealousy even.

The Seven Deadly Sins? What’s inherently wrong with them by themselves? Nothing that I can see. Greed just means wanting more than you already have. Just don’t let it rule you and become an obsession. Same can be said for sloth. What’s inherently wrong with being lazy and wanting to lie around? Oh that’s right, lying around in bed leads to lust. Can’t have that. Not in today’s day and age apparently. If you have lust, you are a degenerate. At least according to one section of Twitter that I see and hear from on a regular basis.

Hedonism and Puritanism are still alive and well today. Nothing has changed much that I can see. Except for maybe the volume got turned up and the clothing style has changed compared to the days of yore.

We all are Jekyll and Hyde, rolled up in one fantastic, fucked up, package.

Like the Force, there is no “light” or “dark” it just IS. It’s up to you. It’s your intention. It’s what you do with it. Own it either way.

Another example that just came to me as I’m writing this is the Rational and Logical vs the Emotional.

Too much rational and you can’t actually relate to anyone. You end up either a robot or a ‘sperg. Too much emotional and you go whatever way the wind is blowing, you have little to no self control. Everything is a big deal. Everything is so serious. “Why so serious?” Come to think of it, think about Star Trek. You’ve got the logical Mr. Spock and the emotional Bones. Somewhere in the middle, you have Captain Kirk. He got pissed off on occasion and then some Klingons had to die, but he also knew when and how to keep his cool too.

It’s okay to be both Dr. Jekyll and Mr. Hyde. Embrace your “higher” and your “lower” self. Embrace both the light and the dark. Enjoy your life either way.