Matt wrote a great post the other day about getting his tastebuds back. It’s a great post, do him and me a solid and go check it out.

I’m many things in life, there is no one thing that defines me in totality. I’m educated both in the classical, classroom, book sense, and I’m also educated from the school of hard knocks. I’m a Man first and many other things second, third, and so on.

One thing I am is a Hedonist.

Hedonism is a school of thought that argues seeking pleasure and avoiding suffering are the only components of well-being.[1]

I understand that there are periods of time in life where things don’t go the way that you want and that makes us uncomfortable and to even suffer. I accept that and I deal with it when it comes, maybe that’s also the inner stoic in me, but mostly I want and strive to either get back to pleasure, or to pursue pleasure in its myriad of forms.

Pleasure isn’t just about sex, although it’s one of my most favorite forms of pleasure. Eating food is another pleasure as well as a means of survival. Eating foods that many would consider “bad for you” is also one of my favorite things to do. Life is too short to not eat the good food. Life is too short to not drink the good drinks, and that includes alcohol for me.

Many people online and in real life choose to “struggle” and “resist” so-called “temptation.” I understand this although I consider it somewhat masochistic to do so, but then again, masochists are known for taking pleasure in their own suffering. Perhaps people who choose to not drink and to not eat all the decadent foods gain pleasure from not doing so. Maybe they take pleasure in making necessity a virtue. Maybe they take pleasure in virtue itself. If it doesn’t fill my belly, alter my mind in some form, or empty my ball sac, I’m generally not interested.

Take a couple of ice cold beers, some delicious, greasy bacon and add a highly stimulating conversation to the mix and I’m on cloud nine. That’s what happened when Matt showed up and we talked about damn near everything under the sun and then some. It was a great time and it was a truly pleasurable moment for me. 10/10 I would do it again.

When I decided to try out different foods, drinks, clothes, and yes, women, I realized that I was happy. I was happy being me because I was doing what I wanted to do. Not everybody liked what I had become, not everybody liked the choices that I have made. That’s okay, they don’t have to. It’s my life, my choice.

I find seeking pleasure in all of its forms far more interesting and far more gratifying than abstaining from those pleasures. I would rather partake than not. I believe that we have only this one life and so I might as well enjoy it as much as possible. 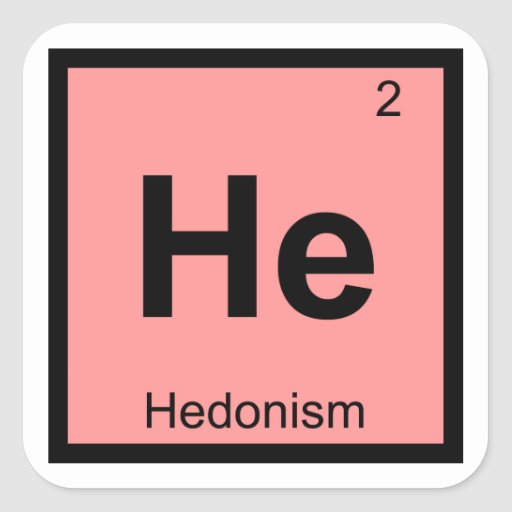 I don’t expect anyone to follow me down this road because we all get to choose our own paths in life. Just don’t tell me about the virtues of abstinence because I’ve already been down that road. It’s not for me. For those of you who haven’t indulged yourselves, my question to you is this: Why not?

We could all die tomorrow in a variety of ways in a variety of pain. The truth is that we all die sooner or later because it’s unavoidable and it’s inevitable. I would rather die sooner while enjoying my life and experiencing as much as possible with a ton of intensity than die 50 years from now in my bed or from falling down a flight of stairs, scared silly of the grim reaper. The reaper comes for us all eventually.

Who really wants to live forever?

Most of the people who cry “Moderation in Everything!” have never truly gone down the road to excess. Most of them haven’t done anything to excess except to say that everything should be done in moderation. Think about that for a moment. How do you even know what excess is unless you’ve actually experienced it? It’s amazing what we can do when we push ourselves enough. This includes experiencing pleasure in all of its forms.

I’ll be eyeballs deep in it though, right up to my brow. I’ll be in it so deep that I’ll set every nerve ending in my body on fire.

Life is beautiful and it is absurd. Life has no inherent meaning to it. The only meaning that life has is what you give to it. I choose pleasure. The meaning of life to me is to experience as much pleasure as I can in the time that I can. Life is pleasure. Pleasure for the sake of pleasure.